The National Museum in Delhi is a treasure trove, and anyone who loves history need just take a look around to vouch for this sentiment. The Museum houses almost 2,00,000 artifacts of various kinds, that cover a time span of more than five thousand years in the context of Indian heritage, both archaeological and cultural.

The Museum had an interesting beginning. An exhibition of selected Indian artefacts organized by the Royal Academy took place in the Burlington House (London) in 1947-48. Thereafter, it was decided that the same collection would be exhibited in the Rashtrapati Bhawan in Delhi, before returning the objects to their respective owners and museums. In 1949 the exhibition was organized, which was a huge success, thereby paving way for building a museum in Delhi, a blueprint for which was already prepared back in 1946 by the Maurice Gwyer Committee. The different state governments, museum authorities, and various private donors who had loaned the artefacts for this exhibition were requested to gift or loan the objects, which were met with positive responses from most. The National Museum was formally inaugurated on 15th August 1949 by Shri R.C. Rajagopalachari, the then Governor-General of India, and the foundation stone for the building was laid in 1955.

In this post I will share few photographs of artefacts that are displayed on the outer courtyard on the way to the main entrance door, the front entry hall, the corridor, and the round inner courtyard. This will be the ground floor, and my photos will cover about 60- 70 % of the artifacts displayed in just these spaces. Beyond that there are the numerous rooms on the ground floor serving as galleries, and the upper storeys, all with their own galleries and corridors that are not covered here. 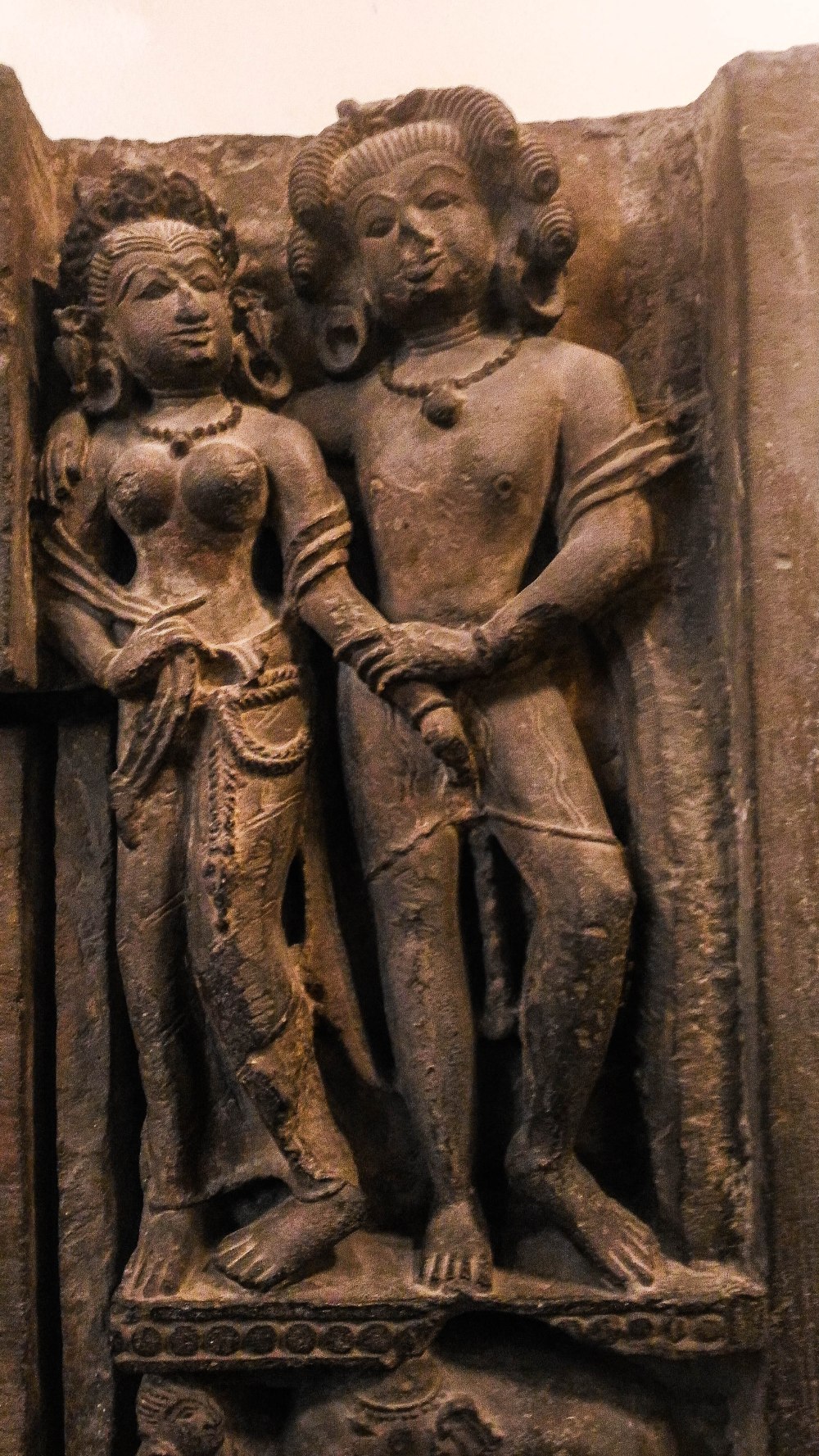 While visiting the museum do keep in mind that