A Bengali meal is a fine balance of vegetarian and non vegetarian dishes. A complete lunch menu would ideally start with a small serving of plain rice to be eaten with gawa ghee, salt, and kancha lonka (green chillies). Once you are done, another serving of a small portion of rice would follow, to be eaten with the bittersweet sukto that will clear the palate. Then will come the dal and bhaja (fried vegetables), followed by vegetable dishes (namely, chocchori, ghonto, or dalna), all to be mixed with plain rice and eaten. The fish and meat dishes will arrive after this, and once the plate is licked clean, comes a serving of chutney with papad, following which will be an array of mishti doi and sweets to choose from.  A rather long and time consuming process, but then Bengalis have always made eating a rather serious gastronomic affair.

Oh! We are but a finicky lot!

A Bengali generally tends to be finicky with his or her food, and will follow certain unwritten rules while eating. Luchi will go only with cholar dal, certain kinds of torkari (sabji), meat (preferably mutton), and some mishti. The sequence of eating food, starting with bitter vegetables, to dal and fries, followed by sabjis, then non-vegetarian food, and ending with sweets, is taken very seriously, and the pattern adhered to very strictly. There are also many storms in many teacups over which shop makes the best biryani, the best chaap, the best chicken or mutton roll, the best chop and cutlet, the best sondesh, the best fish bhapa, the best fish kalia, …. the list is endless and so are the arguments!

While the bhoj or feast is occasional, for his daily meal, there is no denying that a Bengali survives on his mach and bhaat (fish and rice). Fresh water fishes are particularly preferred, and the Bengali cuisine is replete with fish recipes that vary in subtle flavours and use of spices. Paanch foron, an all important spice in Bengali cooking, is the mix of five spices, nigella, cumin, aniseed, fenugreek, and radhuni (this is often replaced by the more easily available mustard seed), and is used in almost all dishes for tempering. Bengali dishes are always cooked in mustard oil or gawa ghee.

In terms of agriculture, Bengal has been blessed with rich fertile soil, owing to which rice has been the major crop grown here from ancient times (it is believed rice is in vogue in this region for more than 4000 years now). Topographically, Bengal has many rivers criss-crossing its fertile land that supply the inhabitants with many varieties of fish. So, it’s of little surprise that Bengalis swear by their rice and fish. However, Bengalis with their unending love for food, eat much more than just their fish and rice. The region has a variety of vegetarian and non-vegetarian dishes that are taken with rice, and are absolutely delicious. It is interesting to note that while fish and rice find mention in early medieval texts such as Charyapadas (11th century), dal which is now an absolute must with rice, makes a late appearance in the 15th century Bengali literature. It is likely that the dal came into vogue with the rise of Vaishnavism that made it a protein substitute for fish and meat. A study of the medieval Bengali texts gives us a detailed insight into the eating habits of that time, and we find rice, vegetables, fish, shak (mainly varieties of palak), meat, milk, and fruits, formed the staple diet of a Bengali bhadrolok of the medieval era. 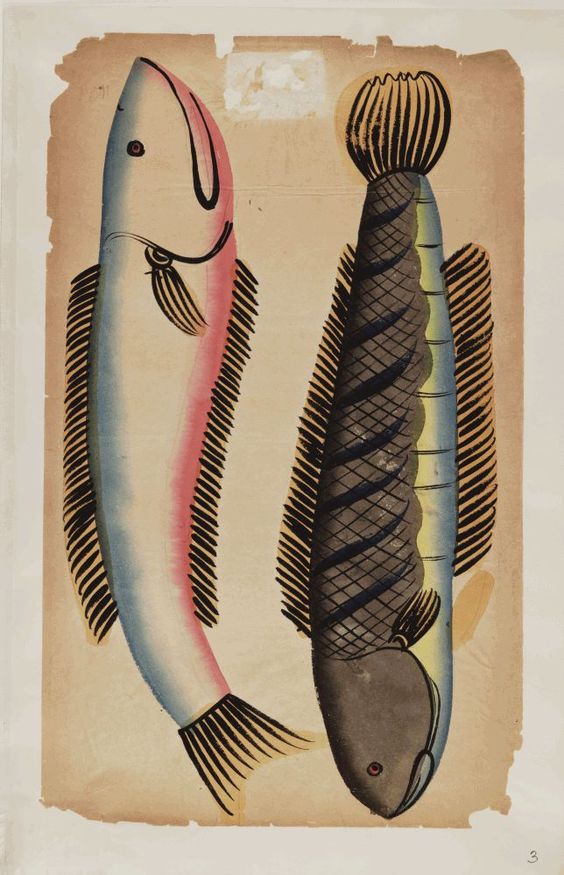 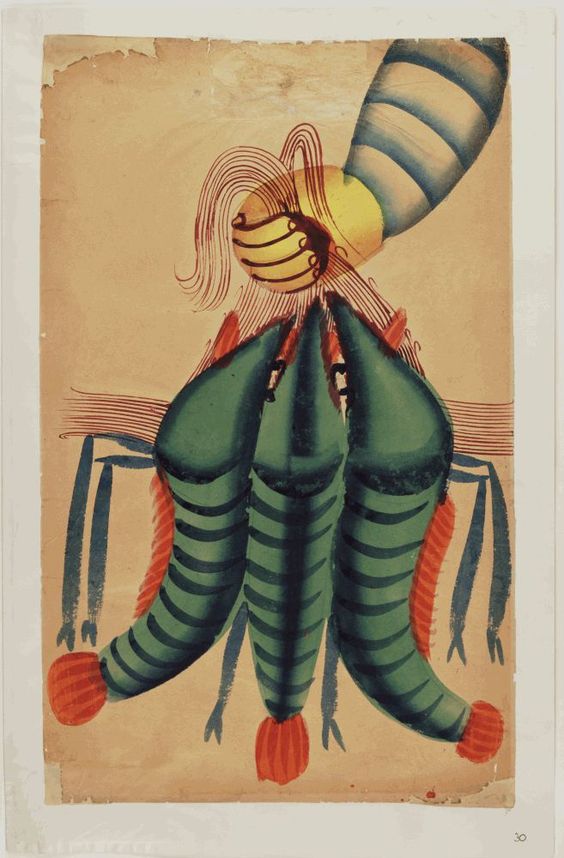 Fish is a popular theme in Bengal art. Source

While retaining its indigenous origins, Bengal cuisine, has also been influenced by the Mughal cuisine (that gave its own koftas, kebabs, and biryani), colonial cuisine (that introduced many new vegetables, including the Bengali favourite alu), and the 18th century urbanised bhadralok culture. Without wading into the deep waters of how Bengal food eating habits evolved, it is safest to say that the cuisine took a firm shape between 11th to 15th century, and continued unchanged until the late 19th century, when it changed to integrate the additions from colonial cuisine.

A glance at the medieval era epic Manasamangal (15th century CE) will show that on the wedding day of Lakhindar-Behula, 12 kinds of fish and 5 types of meat were cooked and served to the guests. Earlier in the 12th century text Naishadhacharita, we find Nala and Damayanti getting married, and their marriage feast serving different varieties of vegetables, fish, meat, pithe (a type of mishti or sweet), and paan. Fast forward the time machine, and we arrive in 1917, to find the grandson of the Raja of Kashimbajar getting married where 207 different dishes are being served to the guests. A sumptuous feast to satisfy the Bengali palate; it undoubtedly proves the adage that Bengalis have always lived to eat.

Interesting menu lists for a Bengali bhoj in 1906. Kumar RamendraKrishna Deb, an anglophilic deputy magistrate, while planning for his eldest son KeshabendraKrishna’s marriage feast menu decided to surprise all by putting in 36 different kinds of  dishes. The guests were handed  menu cards, two menu cards in fact, as we see in the above photos. The one in Bengali, which listed 36 varieties of food, was for the Bengali and other Indian guests. The one in French was for the British guests and listed 16 varieties of dishes that included both meat and fish (note that pigeon meat and Hilsa were served as delicacies).

The Bengali menu card shows mainly vegetarian dishes, supposedly owing to the presence of  Sri Gopinath (Lord Krishna) in the house. That clause of course didn’t apply on the British guests, and they were liberally served non-vegetarian food!

Fish rules the Bengali heart and cuisine, and there are various recipes with differences based on regional flavours and local tastes. Often families have unique recipes that are handed down over generations, and guarded zealously as family heirlooms. West Bengal cuisine follows a style of cooking that differs widely from the Bangladesh pattern of cooking, and the rather acrimonious debate on whose style is better is seemingly endless. However, there’s one thing in common across the borders: the undying love for fish. 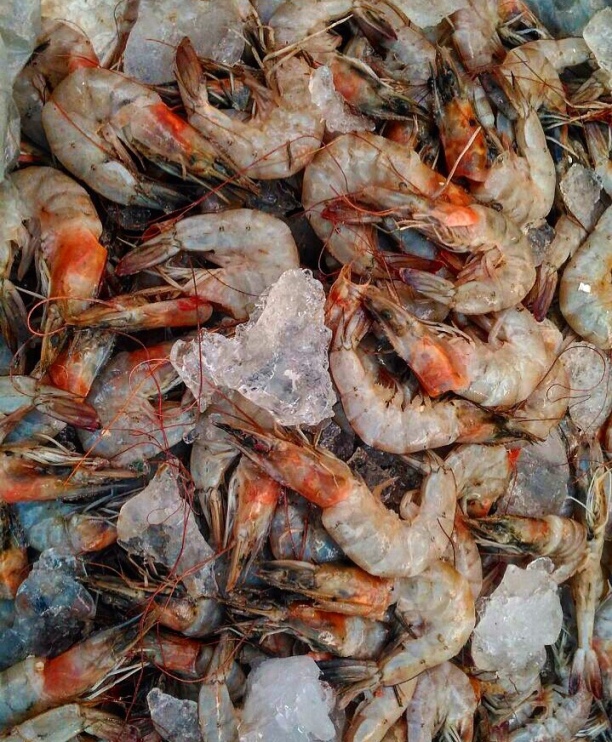 A fish market is a place where a Bengali will spend many happy hours discussing the price, weight, availability, and freshness of the available matsya-ware, while exchanging various fishy tales with both sellers and other customers. Photo Courtesy: Atanu Dey 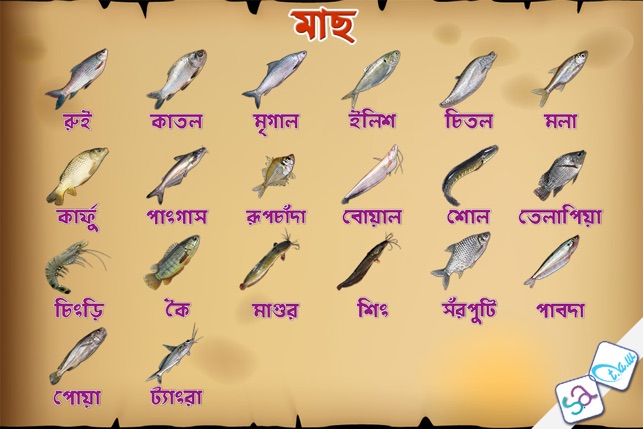 Fishes are classified by Bengalis as two types: lean fish and fat fish. Lean fish such as Koi, Magur, and Singi, are considered as having less fat and easy to digest, hence relegated to health food section and kept for patients and convalescents. Fat fish, such as Rui, Katla, Pabda, Bhetki, and Ilish, that have 2% body fat, form a part of the daily diet. Fishes are cooked in various ways that include mach pora or burned fish where the fish is stuffed with spices, wrapped in banana leaves and roasted over fire; mach seddho or boiled fish, where the spiced fish is wrapped in a banana leaf and put inside rice to be boiled with it; mach bhaja or plain fried fish where the spiced fish is fried in mustard oil; macher jhol which a lightly spiced fish curry with vegetables; macher kalia, which is a dish cooked with many spices and often includes curd or tomato puree; macher ombol or touk, which is cooked in tamarind; bhapa mach or steamed fish that uses coconut; macher paturi; and the more famous dish known as sorshe mach that involves adding mustard paste along with other spices. Then, there is macher pulao or fish pulao, dal with crushed fish head in it, macher dimer bora or fish roe fried with gramflour, and kantachochhori where the fish head and bones are used in cooking a dry vegetable curry. Oil derived after frying fat fish such as Ilish is eaten with plain hot rice after adding a bit of salt, and is quite close to the hearts of many fish loving Bengalis.

Mustard: 4 teaspoonfuls to make a paste

Salt and sugar: as per taste

Banana leaves: one to two large leaves will suffice (optional)

The fish pieces must be washed and cleaned thoroughly. In a bowl the turmeric paste/ powder, mustard paste, curd, green chillies, salt, sugar, and mustard are mixed well. The amount of curd to be added will depend on the amount of gravy desired by the cook, as no water is added in this dish, and it is the amount of curd that will decide the amount of remaining gravy. The fish pieces are added and the spice mix is well coated on them. This mix is then covered and kept aside for 2-3 hours for the spices to soak in well. Next an iron kadai is taken, the washed and dried banana leaves are spread in it (optional), and the kadai is placed on low heat. The spiced fish pieces are then placed on these leaves, the kadai is tightly covered, and fish set to cook slowly on dum. After around 20 minutes the cover must be removed to check for gravy and if the fish is done. Once cooked, the flame must be turned off, and the cover placed for another 5-10 minutes. It is then served and taken with warm rice. The distinct pungent flavour of mustard paste, combined with the sweet and tangy flavour of the sugar and curd makes this quite a heavenly gastronomic experience.